I know we’re still a little ways away from the beginning of the fall TV season, but I figured it’s as good a time as any to write about what I’ll be watching this upcoming season. While some of last year’s picks ultimately ended up being disappointing (I’m looking at you, “Mom” and “Once Upon a Time in Wonderland,”) here’s my best effort at predicting what I’ll be watching live, what I’ll be DVR-ing, and, most importantly, what will be entertaining me for the 2014-2015 TV season. One other note: this is just for broadcast (i.e. traditional network) shows. That’s why, say, “True Detective” season two or stand-bys like “The Soup” or “Last Week with John Oliver” or “The Daily Show” won’t make the list.

What I’ll Watch Live: Once Upon a Time, NFL Football

I am an admitted “Once Upon a Time” fan. Last season, the show had two half-season story arcs: a journey to Neverland to battle the evil Peter Pan, and the Storybrooke crew fighting The Wicked Witch. While the show is never going to mean as much to me (or be as well-written or well-executed) as LOST, it’s still a show I enjoy week-in, week-out, that rewards longtime viewers. As for FOX’s Sunday comedy block, Brooklyn 99 was my favorite new comedy last year; it’s a show that really clicked early on, and gained momentum as the season went on. Besides Andy Samberg’s Jake Peralta, the rest of the cast shines, but especially Andre Braugher and Chelsea Peretti.

As for “Mulaney,” having seen him do stand-up and with the knowledge that he created Stefon, he’s earned a season pass on the DVR, even if that first trailer looked rough. Besides, anybody who can write this Girl Scout Cookies monologue has my undying admiration:

And “The Simpsons” and “Family Guy”? They’ve been on the air, what, a combined seventy-five years? (Approx.) And still deliver laughs. Sundays are going to be great for comedy.

What I’ll DVR: Big Bang Theory [until it moves to Thursdays at the end of October]

Wow, Mondays do not look promising. I know many people will watch “Dancing with the Stars,” “The Blacklist,” “The Voice,” and “Sleepy Hollow,” but…yikes. Not for me. Instead, I’m really looking forward to “Gotham.” Let’s be honest: when you are looking to make a TV show, and toss in Ben McKenzie, Gotham City, and multiple origin stories? Yeah, I’m there.

“Big Bang Theory” is the TV equivalent of comfort food, but I always enjoy it, and to have a few saved on the DVR makes for perfect Saturday-afternoon TV viewing.

I really loved Agents of S.H.I.E.L.D.’s last few episodes, especially they way they tied into the events happening in the Marvel Cinematic Universe (after Captain America 2). Bill Paxton as The Clairvoyant, Agent Ward as a HYDRA spy, the uncertainty surrounding Nick Fury and Fitz and Simmons…all much more enjoyable plot threads than the first few episodes, which were spent dodging the question of whether or not Coulson was a Life Model Decoy. Anyway, a show that, now that it’s entering its second season, I know what it will provide week-in and week-out. As for “Selfie,” I watched the pilot and, while I didn’t live it, the show’s creator Emily Kapnek was the showrunner on “Suburgatory,” a show I loved. Plus, John Cho. “Marry Me” has Casey Wilson, who I loved on “Happy Endings,” and Ken Marino, who I thought was contractually bound to always work with David Wain. The show is from the showrunner of “Happy Endings” (who is engaged to Wilson in real life). Should be funny.

I loved “New Girl” in its first two seasons, but last year was rough, to say the least. With “Mindy Project”, I have high hopes for it, but the show has to stop shuffling cast members and guest stars and figure out what show it wants to be. Both will still be in heavy rotation on my DVR, but I’d like to see both be more consistently funny.

No, seriously. Take a look at this schedule:

The best show might be “Black-ish.” You could talk me into “Red Band Society,” possibly. And that “Mysteries of Laura” show? Oof. Here’s the trailer. Never have I not wanted to watch something more. It looks like a bad SNL sketch:

By the way, here’s where I remind you that NBC cancelled “Awake,” one of the best dramas I’ve ever seen, and greenlights things like “Mysteries of Laura.”

What I’ll DVR: Grey’s Anatomy, A to Z, How to Get Away with Murder

Grey’s is also just comfort food at this point – I don’t really like many of the characters, it’s sometimes too soapy for words, and there’s rarely a plot twist I haven’t seen coming hundreds of miles away. That said, it too makes for fine viewing on a cold Saturday when I don’t feel like leaving my couch. “How to Get Away with Murder” looks like one of the more promising new shows, with star Viola Davis as a law professor with a potential dark side.

As for “A to Z,” I watched the pilot and found it incredibly charming (I’ve embedded it below). It’s got a lot in common with “(500) Days of Summer,” especially given the close-ended nature of the central relationship. But I’m going to give it a shot. However, if the showrunners kill off Cristin Milioti like “How I Met Your Mother” did, I will be very upset.

Also, let me just bemoan the fact that “Parks and Rec” won’t be airing until winter 2015. I’m going to miss that show.

Kidding. Made the same joke last year. Will hopefully have social plans. Nothing worth DVRing on this night anyway.

Even after a down season, this show still provides laughs in its best sketches. And I have high hopes for last year’s breakout stars Kyle Mooney and Beck Bennett.

Whenever “Community” premieres on Yahoo; “The Cosmopolitans” on Amazon, assuming it gets picked up (because any show with Adam Brody deserves my full attention).

Any shows you think I missed? Shows that I just shouldn’t be watching? Be sure to leave a comment. 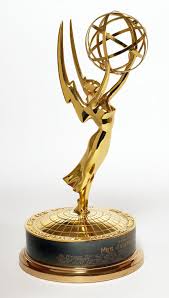 I don’t care much for the Emmy’s, especially because the lion’s share of what I watch rarely gets nominated (and because it’s hard to root for an academy that failed to recognize Steve Carrell as Michael Scott, Jon Hamm as Don Draper or Jason Alexander as George Costanza). But I’ll certainly be watching (and live tweeting! @jacobsjj), and here are my quick picks. Unlike with my Oscar picks, I’m not going to do a “who will win, who should win, who I hope to win” type of break-down. I’m going to give you who I would vote for, period. Please not that these predictions aren’t likely to come to fruition, and are made based on my subjective, irrational like or dislike of the various nominees. END_OF_DOCUMENT_TOKEN_TO_BE_REPLACED 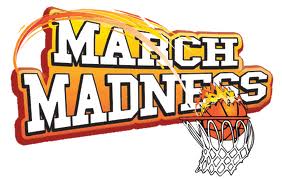 In honor of March Madness, I thought I’d take a look to determine, bracket-style, what really is the best TV theme song ever. Rather than a full 64-song bracket, I started with a top 32. A few caveats: Obviously, I’m biased more on recent shows, although the art of the great TV theme song is vanishing. Also, I tend to favor songs with words (plural), so no Batman, Parks and Recreation (even with Star Wars references), or The Office (US version). Lastly, these had to be opening theme songs, so the chung-chung from Law & Order doesn’t count. (And I was torn whether to include the Jeopardy! music as well).

To me, the ideal theme song conveys enough of what the show is about to catch up casual viewers (i.e. blatantly spelling out the plot, like in The Brady Bunch or Green Acres). But it also has to be a good song; that’s crucial. Catchy, but also good enough that you won’t mind hearing it, say, 400 times. END_OF_DOCUMENT_TOKEN_TO_BE_REPLACED